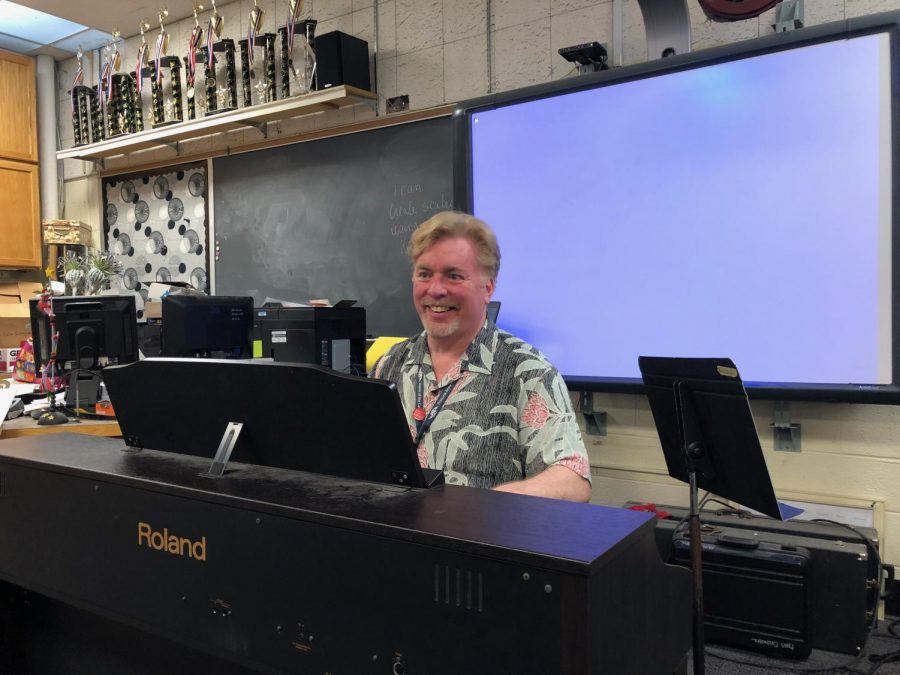 David Prescott has been a part of Princess Anne’s history for many years, and is an alumnus of the school. He has been teaching chorus and IB music at PA for 12 years, and this past year taught the school’s first piano class.

He recalls some of his favorite memories being the “superior award winning performances at district assessment that defined who [soundwaves was] as an ensemble,” but without a doubt feels that “the highlight of [his] career was The Scarlett Pimpernel which was his final PA production.

Although he has been a pivotal part of PA’s rich musical history, he did not start off at this school. He helped open Ocean Lakes in 1994 and later moved on to Salem, then Kempsville, and finally came back to his home at PA.

When asked which school was his favorite he responded, “I don’t know that I have a favorite school. They were all different and they were all good for different reasons. I have certainly been able to more and bigger things here because of the facility and the involvement of the chorus parents.”

He doesn’t have anything major planned while in his retirement; however, he did joke that “[he will] sit on a dock, and watch the water, “ followed up by, “at least 30 minutes until [he] gets bored out of his gourd and then [he will] find something to do.”

Although he is ready for this new chapter of his life, he does say that “[He] loves what [he does].

[He] loves kids. He loves being able to take kids from one point to several points higher than that,” said art teacher Betsy DiJulio, his “Building Wife.” “In addition, he will miss the students and his colleagues.”