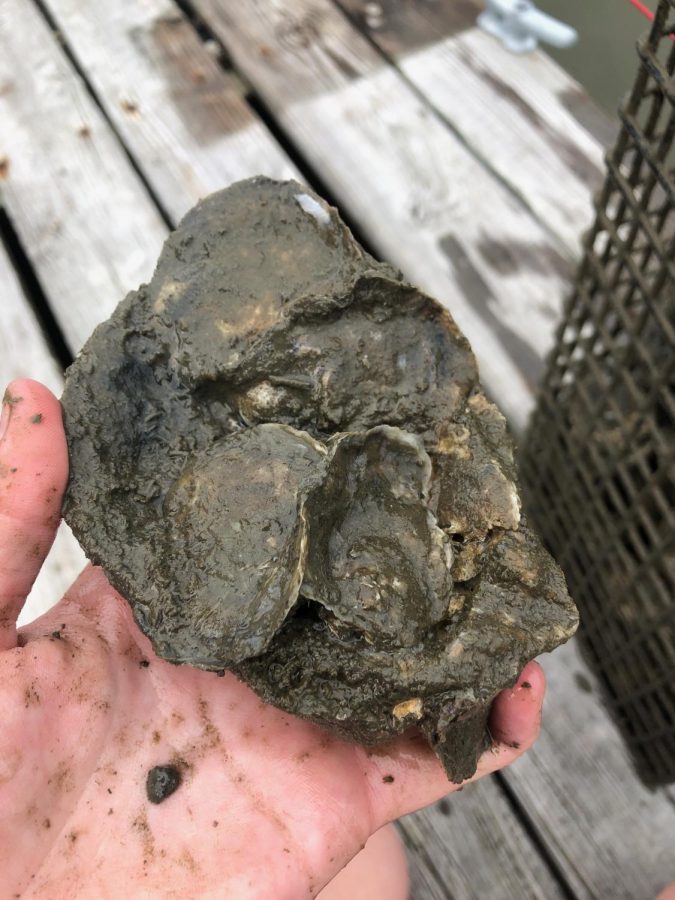 Since animals and people steal young oysters from the Chesapeake Bay before they can fulfill their oyster destiny to filter our waters, sophomore Grace Ford has decided to take her shot at solving this problem.

The oyster population has severely declined due to the long years of pollution, overharvesting and diseases that are plaguing the Bay. Oysters are an essential part of the Bay because they filter a variety of pollutants and provide habitats for sea life. MYP IB student Grace Ford did not plan to take the easy way out with her goal to help the Bay through these natural filter feeders as her summer Personal Project.

“I didn’t want to do something small. I wanted to actually see progress,” said Ford, who feels that this project will make a difference. Ford’s goal is to grow baby oysters off a dock at the PA Crew club practice site over the span of one year so they can become filter feeders for the Bay.

“My goal is to give them back as full grown oysters so they can put them somewhere useful,” said Ford.

The inspiration for this project came about in Ford’s seventh grade science class. Ford explained how the class took care of their own oysters and would take field trips to visit them once a year.  “I really liked it and decided I wanted to do it myself,” said Ford.

The first task of the agenda for Ford was to get the oysters from the Chesapeake Bay Foundation which measured to only be about a centimeter big at the time. She then proceeded to place these small oysters in a cage attached to a dock, but didn’t let them touch the bottom in order for them not to suffocate.

After everything was set up, Ford continued to do two-week checkups on the oysters to see their growth, and shake them up for an even distribution of filter food. “I think it’s fun watching them grow,” said Ford. She also makes sure to shake the cage to keep the potential underwater predators–like crabs–from treating the oysters as their meal. “Other than that, they’re in the water, and they [have to] do their own thing,” said Ford.

Three months in, Ford can say her oysters have grown to be two to three inches and she is closer to her goal “to improve the health of the Bay and inform people about the Bay,” and “to feel like I made a contribution because it’s so important and I knew that this was a way that I could do that.”