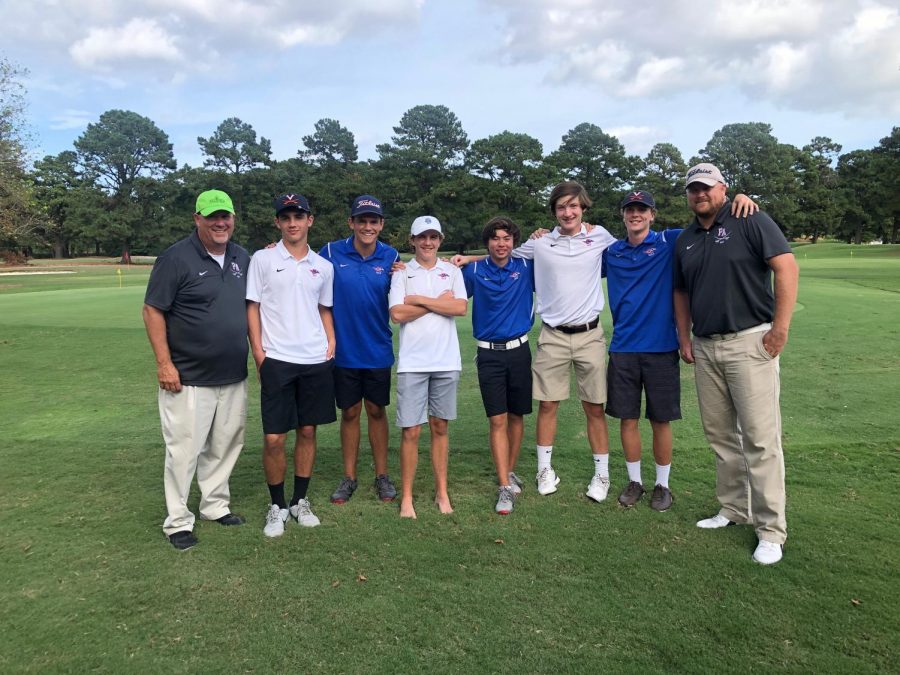 Sophomore Oen Shikimachi reached last week’s state championship golf tournament after finishing second in the regional tournament with a score of 78, and held the lead for a while.

“I was leading in the first two-thirds of the round, but unfortunately I dropped off in the back nine,” he said.

Shikimadid said, “I was really excited to represent PA.”

Shikimachi still finished in the top half of the competitors at the championship, and said he is still really happy with his final placement. As just a sophomore, he is looking forward to coming back stronger next year and hopefully placing higher.

“My score could’ve been better, but I performed perfectly in the last two holes,” Shikimachi said.

Some of Shikimachi’s teammates followed behind him with strong scores, including junior Chase Pappas who shot an 84. Pappas said his score was just decent, but he’s still satisfied with his performance after a long and strenuous season.

“[The team] got fourth [in the regionals] and we’re really proud of that,” sophomore Noah McNamara said.

After losing some talented seniors last year, the team had some ground to recover, which proved to be no problem, with McNamara, freshman Wyatt Wetzler, and juniors Steven Harper and Eric Venner joining Shikimachi and Pappas as first-timers for the regional tournament this year.

“I shot a 98,” Venner said. “I’m not very happy with that score, but I will come back stronger next year.”

The team won’t be losing any seniors this year, so the boys count on another successful season next year with their returners.

“I want to thank coach Shows and coach Ryan for stepping up when we needed them,” Pappas said. “It definitely wasn’t an easy task, but they pushed us to be the best players we could be this season.