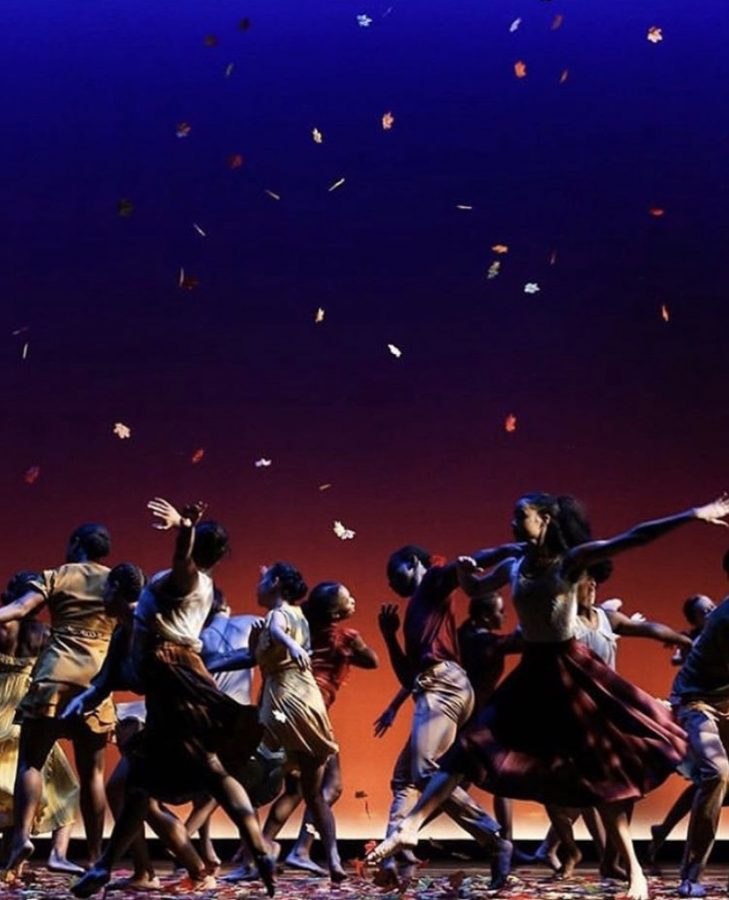 Senior Selena Lee felt empowered as she challenged racial stereotypes against black women in America through a dance piece in the winter concert hosted by the Governor’s School Dance Department that took place on Jan. 18 and 19.

The piece was titled “Lost in Translation” and it was choreographed by modern dance teacher Janelle Ings, who wanted to address the stereotypes placed on young black women. Some of the stereotypes include “how dark skin women go unnoticed while light skin women are wanted,” said Lee, “and also how black women are expected to straighten their hair to feel pretty.”

This piece explored racial tensions, something that has never explicitly been showcased in a dance concert.

The premise of the stereotypes directed towards black women is stated in dialogue during the first part of the piece, but the second part shifted to a jazz centered dance that “switches in and out of modern and African styles of dance,” said Lee.

The dance ultimately ended on an upbeat note, conveying the message that people are always able to overcome the wrongs brought upon them by society.

Junior Samantha Barboza also felt that “each piece was so unique and had elements that I loved.” There were seven dances, each with a different style—ballet, contemporary ballet, character dance, contemporary, hip hop, comedy, and afro-modern. Each dance individually explored various themes.

Another piece titled “In Which I Remember” included concepts about going through each stage of life. The piece was choreographed by Janelle Spruill, and it displayed a recap of a woman’s life through her final moments. “As it progresses, we see four couples which represent different stages of her life,” said Barboza. It starts with a creepy, eerie mood; however, it became lighter and happier because the character has accepted that it is her time to go.

Additionally, “In Which I Remember” used colors and imagery to further convey its message by using props to enforce the mood and falling leaves to represent the changing of seasons.

Students in the dance department auditioned for the show during the first week of school. Once the casting lists were released, each choreographer began their rehearsal process. “We spent about five hours a week on each piece,” said Barboza.

The last few weeks leading up to the first official performance move from practices in the studio to rehearsals in the theatre. This is Lee’s favorite time because “we finally get to put on the costumes, makeup, and lighting which brings the whole piece together.”