Book It or Look It: Les Misérables

Welcome to the third edition of “Book It or Look It!” where I will be comparing the 1832 classic Victor Hugo novel Les Misérables with the 2012 movie musical adaptation.

I read a translated and abridged version of Les Misérables last summer. It took me the entire month of August to get 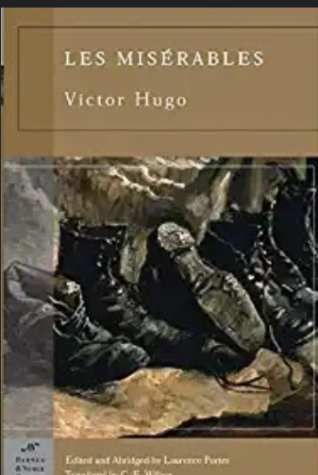 through. The story was lovely and while I cannot say I blame Hugo too much for the long-winded nature of the novel, as the more he wrote the more he got paid, it did make it a bit hard to follow. There were about five different plot lines all with at least one main character. In the end the stories converged into the main story (with Jean Valjean as the overarching protagonist) but getting to that point took some time. Hugo would jump from one storyline to the next while simultaneously moving back five years in time and then adding in historical context before returning to the first storyline. It was…a lot. Even within one storyline there was so much intense detail, and a lot of old, strange vocabulary that there were a few paragraphs I read multiple times (with the help of an online dictionary) and was still exceptionally confused.

Now for the movie. There’s no sugar-coating it. It sucked. I am sorry if this is your favorite movie of all time but you have horrible taste. You would think a movie based on such a well-acclaimed book and Broadway musical with as many famous actors as this one had would turn out at least halfway decent, but no. I am sorry to the actors as well but their singing left much to be desired. Anne Hathaway’s voice is lovely but her character Fantine’s song was just not engaging. Oh and Gavroche’s second song made me SO MAD! Okay so there is a part where the revolutionists have made a barricade, and this young boy, Gavroche, goes out from behind it to pick up bullets and other valuable materials from the dead bodies to replenish their stocks. While he does this he sings a historical French song called “ La Faute à Voltaire.” In the movie, 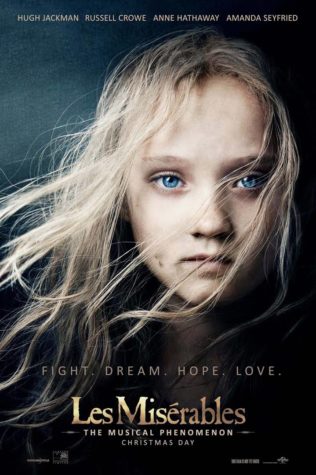 they REPLACE this song with an English one! That was the absolute worst part of the movie for me. And some of the other songs just felt so out of place. Like Eponine’s. SHE IS NOT THAT IMPORTANT! While that does stem from the blatant misogyny of Hugo’s time, there was no need to try and boil this story down to a love triangle. Yes she was in love with Marius, yes that was important to her actions, but he did not care about her that much. In connection with that, Marius and Cosette’s storyline was so truncated that all the nuance of them falling in love was totally lost. I understand that the producers did not want a four-hour-long movie, but the parts they cut out just infuriated me. They jumped from Jean Valjean and Cosette reaching the convent, to five years later when they had left. Sure a lot of the time spent in the convent was not that important, but we lost the whole coffin storyline!

I could go on and on about Les Misérables and how awful the movie was but I am sure you do not want to read all that. So I will leave you with a very strong recommendation: book it!

Obviously this edition lent itself very strongly to choosing book it, but are you ever going to say look it?

What? The whole premise of this column is to give both the book and the “look” an equal chance is it not?

Technically, sure. But in case it was not obvious I am pretty biased towards books. Like 7th grade me said in a completely different context, “Choose books, not looks.”

Okay first of all why would you have said that in 7th grade? Second of all that is plagiarism.

It was some whole thing with Matilda. And no it’s not, it was my quote anyway.

Well whatever, I give myself permission. It is for a completely different topic anyway. And it’s not for a grade so…

I mean it does sound nice. I guess you can get away with it.

Good. Not sure what the next edition of “Book It or Look It!” will be on but stay tuned, and until then—

Wow, you go from calling me out for plagiarism to wanting to have the last word. Fine, go ahead.

Lovely…Hold on! That’s not right—