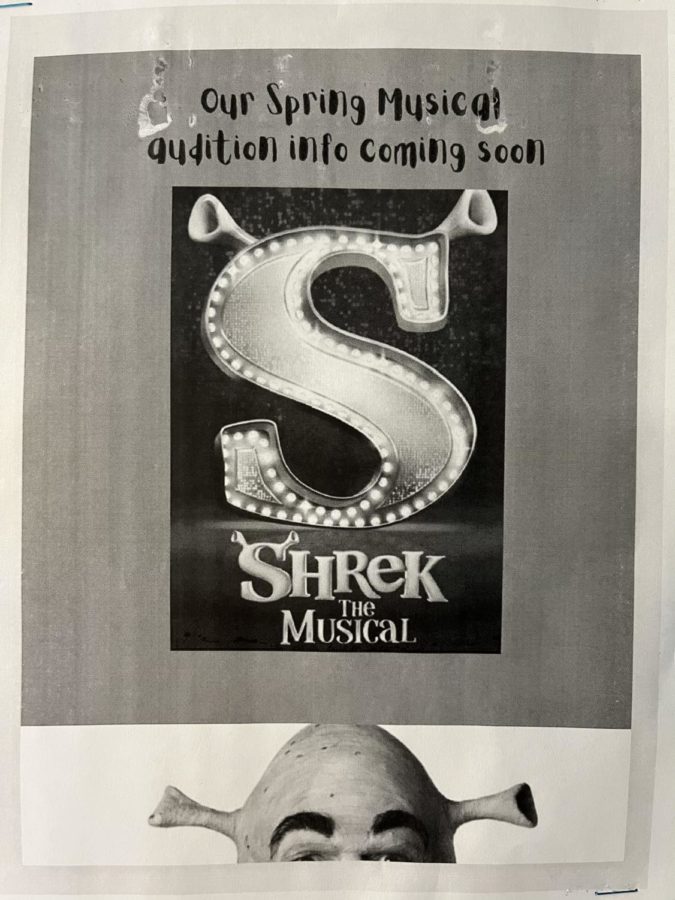 When Shrek was announced to be the PA spring musical, sophomore Lauren Wilmoth was “shocked,” as she had been hoping for a more serious piece.

“It’ll be funny; it’s just going to be very, very difficult,” said Wilmoth, who is chair of the costumes department and taking Studio Theatre, the most advanced theatre class at PA. Wilmoth is also concerned about the challenging technical aspects of Shrek, such as the giant dragon character and the quick scene changes, especially where Fiona transforms between human and ogre. High school musicals usually lack the resources and equipment for complex tech like Shrek has, so students will have to build a lot of props and set pieces themselves.

These challenges are exacerbated by tight deadlines: The musical takes place in March, but students must find solutions to the tech challenges before the January auditions, despite work on the musical only beginning in December and preparations for the Finter (fall/winter) play occurring concurrently. Wilmoth had two weeks to come up with costume ideas for every character in the musical.

Similarly, sophomore Julia LaFountaine, the chair of the makeup department, was told that the musical would be a period (historical) piece and was expecting to do regular stage makeup, but Shrek requires facial prosthetics, green skin, and much more complex makeup overall.

It is partly due to this that Wilmoth is not planning to audition for a part in Shrek; she will be occupied with costume work and predicts that mostly chorus students will be cast.

However, chorus students also have concerns: senior Sarah Killmon, a member of PA’s advanced SSAA (soprano/alto) concert choir, is worried about how “a lot of the lead roles are for males and there’s very low male participation in chorus right now.” The likely solution would be to cast male theatre students, but this may cause problems if they are not also strong singers.

Even with all the challenges, Killmon, who has been involved in chorus for all four years of high school even through COVID, is still planning to audition: “I would do the musical no matter what it was, but honestly it kind of just makes it more exciting because I have no idea how it’s going to turn out, especially because Mrs. Davis isn’t here to talk about it.”

Chorus teacher Katherine Davis had been on maternity leave since the beginning of the school year and returned after Thanksgiving break. Davis collaborated with the Chorus Parents Association to choose a musical, then began the planning process with the other fine arts teachers. According to Davis, Shrek was chosen because the musical had to be “something to get students excited about auditioning but also something that the community would enjoy coming to see.”

“Even though I’m really shocked that it’s Shrek…I think we’ll have a good turnout,” Wilmoth agrees. “It’s just definitely a shock to everyone. No one was expecting this at all.”