Think Twice: The right to choose 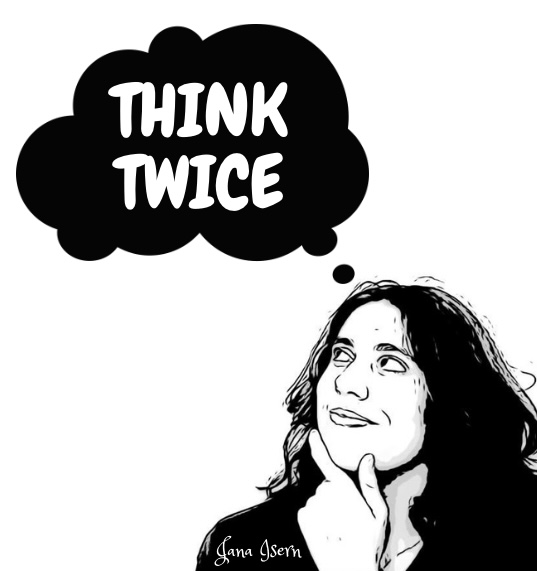 I want to talk about something serious this week: an oppressive behavior that has been given a blind eye for years, for centuries. Something that has never been treated with rightful importance in our society.

Roe v. Wade was made law in 1973 with the verdict that the U.S. Constitution would protect and grant the right of a pregnant woman’s liberty to choose to have an abortion without excessive government restriction.

But just this past Tuesday, a Supreme Court draft was leaked stating conservative majority opinion that it was preparing for the court to overturn the Roe v. Wade abortion rights decision.

This is a decision that only needs a 5-4 vote to abolish what is constitutionally a basic human right.

If the draft is executed as intended, women across the United States will lose the right to choose and have autonomy over their own body and reproductive rights. They will lose the resources, support, and ability to make a decision that is best fitted to their body, situation, and desire.

The implications of this draft could be drastic. This could open doors for the illegalization of abortion in medical and rape cases.

Just last week Ohio Republican Representative Jean Schmidt stated that this decision would allow for a “hypothetical teenager traumatized by rape [to] become a productive human being.”

In March, Michigan Republican House candidate Robert “R.J” Regan explained that the advice he provides for his daughters in the instance of rape is to “just lie back and enjoy it.”

And it appears that the conservative wing of the Supreme Court will be ruling on human rights issues like these affecting a large population of individuals.

This draft grants the power for five politicians to single-handedly make a choice of a complexity they will never comprehend for 167 million females across the united states. A choice that they have no right to make. And a choice that only belongs to the individual female.

It becomes an attempt to regulate and control a personal decision regarding one’s own body and circumstance. Recently, with the pandemic it has become a prominent demand to have autonomy over one’s decisions regarding the health of the body. For example, to have a right to choose a vaccine or not. Why is it that when the focus is placed on the female population the same equal rights may fail to be protected?

It is a human right to have a choice.

Therefore it should be a protected right to keep or abort the fetus.

A large concept that could be argued is that abortion is against some religious beleif systems. If that is what a religion follows, you have the choice to abide by that belief and practice. There is a distinct difference between pro-abortion and pro-choice. If a certain relgion is agaisnt abortion it is that individual’s right to choose not to get abortion, but it is also someone else’s right to choose to undergo an abortion.

Unfortunately, this is only the tip of the iceberg. This decision comes from a long-lasting period of systematic oppression and ignorance toward the female sex. These decisions stem from the lack of understanding and the inability to care or attempt at understanding the sex that forms 50 percent of our society. We are still battling for women rights and still today, our society fails to acknowledge the needs and rights we deserve.

It would be careless to blame the consequence of this potential decision on the government by itself. Because that would fail to recognize the lack of education and resources that are visible in public institutions such as schools.

In the six years that I have been enrolled in the Virginia Beach City Public School System, I have never received a comprehensive and immersive class on sexual reproduction and the female reproductive system.

Whether it’s out of ignorance or a lack of an exhaustive curriculum, it needs to be understood that without the proper and necessary education there can be no equality and informed decision-making.

The right to choose has to be enforced and education needs to follow in support.

A misconception I’ve noticed and that still becomes the prominent takeaway of this issue is the idea that there is a “right choice.”

It is not about choosing one side or the other. It is about having the ability, resources, and knowledge to choose. A right. That’s what it all comes down to.

Having a right to make your own decision about your own body.

The United States prides itself on the representation of rights but then fails to understand what that freedom entails. If you claim to create the freedom of choice, the choices following that decision have to be accepted. It is not about understanding one choice or the other, it is about allowing a woman to make a decision she feels is right in her circumstance. No one person should be given the power to make a choice for someone else in a situation they will never experience and understand.

Like many instances in the realm of social issues, this has become a fight for women to gain equality, justice, and a right to control their own bodies. A simple concept that seems to be lost through the eyes of our patriarchal society that fails to acknowledge humane understanding for those of us of the opposite sex.