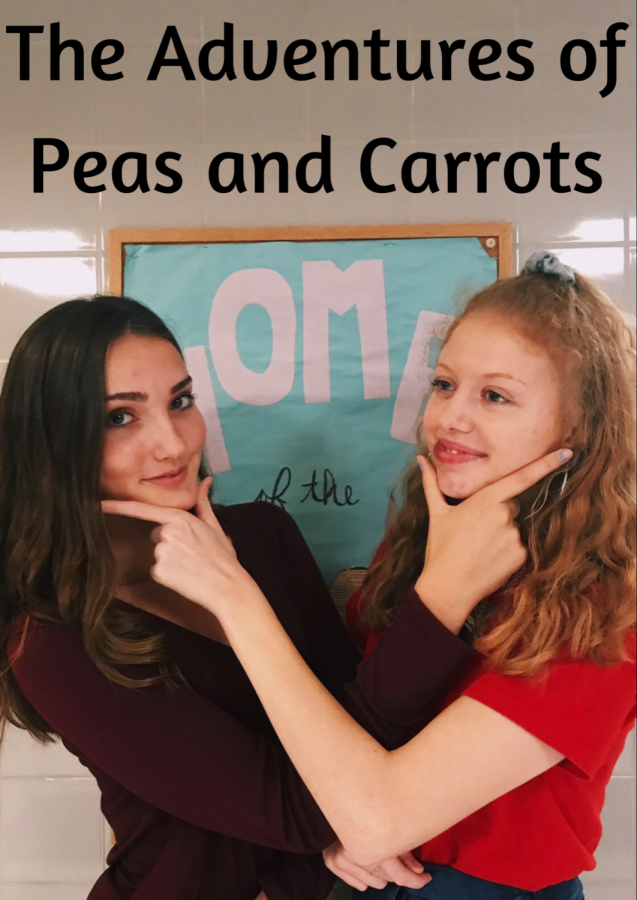 I scuffed my shoe against the shiny, tiled floor and stared at the organized display of assorted baking goods in front of me. I swear I could hear crickets chirping.

I sigh and look over at the customer service desk, trying to catch my friend’s eye and beg him to come over and talk to me. He stood talking with a customer, totally oblivious to my turmoil.

I turned back to the display and nod as I come to a conclusion: I am going to die of boredom.

Now, you’re probably wondering, what does this have to do with Black Friday? Isn’t this supposed to be a story about the crazed lunatics that bust out of their house as early as the night before to fight anyone and everyone to get the products they want? Where’s the action? The intrigue?

Trust me, I was asking myself this same question.

Apparently, whenever there are stores like Walmart and Best Buy that have toys and technology on sale, no one wants to go to their local Harris Teeter. So, while everyone was out shopping to their little hearts’ content, I was stuck standing in a hideous uniform, twiddling my thumbs until my shift was over.

This post-holiday slump for Harris Teeter actually poses quite the predicament all on its own. After the holidays, we experience a huge drop in sales, which means management has to cut hours pretty severely to compensate. This means that people like me (who are trying to save for college and other endeavors) get booted to one shift a WEEK. I can’t live like that.

I tried talking to my manager, but she said there was nothing she could do. Her boss was cutting everyone’s hours because the store simply did not have a need for a lot of cashiers after the holidays. She told me that my best bet would be writing my name and putting it in our schedule book; according to her, people called out all the time, and if I wanted more hours, I should write my name and phone number in the book so that people will call me first whenever someone else calls out.

Considering I desperately needed the hours, I thought this was a great idea. What I failed to realize was how badly the schedule was messed up, and how often they would use this to their advantage.

It’s not even been one week since I wrote my name down, and they called me every single day. I worked Friday, they asked me to double my shift on Saturday, and then they called me in on Sunday. Sunday, they straight up called me and said, “Can you come in right now?”

So, being the goody-two-shoes that I am, I dropped everything I was doing, raced to the store and proceeded to work for the next five hours. To put it simply, I am exhausted.

Anyway, this long-winded explanation was just to say that Black Friday did not live up to my expectations. When I saw my name on the schedule, I was expecting crowds, shoving, fighting, SOMETHING. Alas, there was nothing, but empty aisles and quiet registers.

So, if you want an exciting shift on Black Friday, don’t work at Harris Teeter. You would probably get more lucky at some place like Walmart.

If you do work at Walmart on Black Friday, however, Godspeed my friend. Godspeed.

I roll my eyes to the back of my head and I sigh deeply. My arm is beginning to throb, probably because I am losing all blood flow from the straps of these ridiculously heavy shopping bags.

Is this really worth it? I crane my neck to see the giant mass of people organized into a sad excuse of a line, snaking around the entire perimeter of the store.

Yup. I am going to be here for quite a bit.

Black Friday has morphed into a sort of tradition for my sister and me. She, a natural fashionista who spends her money as easily as one exhales, is made for this shopping extravaganza. I, a poor adolescent whose wallet is thinner than a paperclip, struggle with punching each digit of my PIN into the pad. But, it is still nice to be doing something with her.

This past Black Friday was somewhat lackluster. Other than giant lines, everyone behaved really nicely and there was not a soul who was not socially acceptable.

I wanted to have minor conflicts over materialistic items with middle-aged women who definitely drive minivans. Instead, there were just really good sales and four backbreaking hours of shopping.

There is a certain thrill in competition, and me competing with others on saving money is definitely exciting.

My favorite memory of Black Friday entails my family going to Walmart to purchase some really exclusive children’s toys (for our cousins’ Christmas gifts) and other items with crazy good sales.

I find it important to note that Walmart is a lawless land for those who weren’t aware.

People lose all social graces and will literally body check you into oblivion if you are in the way of their coveted 50-percent-off television.

I had been given the task of retrieving three packs of bed sheets on sale in certain shades (specifically listed for me by my mother).

There I was, an awkward 13 year old girl, alone in a crowd with older women much larger than myself. The store employee was watching us all to make sure we did not swipe the coveted sheets into our carts until the sale went live.

Since I was stuck standing in this crowd around a giant bin filled to the brim with packages of sheets, I figured I would at least make some friends. The woman next to me was quite petite (making my pre-teen self feel tall for once) and just hitting her early 50s by the looks of her. Her name was Shelly and she was adamant about getting five packages of these sheets. I (and the other women overhearing our conversation) was shocked… that seemed a little greedy of her.

After about half an hour, I saw the Walmart employee shift positions and turn to directly face the clock. That must mean it was getting close to go time. Suddenly, he signaled that we could now grab the products, and by the way people acted, you would think he declared war.

Suddenly, this rather tame crowd of women turned into beasts ravaging this bin of all of its contents. My mother was wise in placing me in this situation because due to my smaller size, I easily squeezed my way to the edge of the bin and snatched all the items on her list up into my arms.

I smiled as I shoved my way out of the swarming mass. I was just about to leave to find my mother (wherever she might be in this mayhem) when I saw Shelly. She was also small, but clearly was lacking the gusto I had in braving the chaos.

Sighing, I went to her and asked what colors she wanted. I then proceeded to elbow my way back into the mess of bodies and retrieve the items for her.

Shelly thanked me and we went our separate ways. I still remember the details of this a little over four years later because it was exciting, and even fun in a sort of ways.

I have never experienced the insanity of mobs literally stampeding over one another, which can (and has) resulted in injuries of people. Nor do I support that, as it is disheartening to see humans place value in materialistic items over other humans’ well being to the point of serious injury.

I just simply enjoyed the rush of that heated competition in a small corner of that store.

However, I have never experienced something parallel to that since that day in Walmart.

Thanks to the internet, people can enjoy the same sales from the comfort of their warm beds with the click of a computer pad.

While I did get a lot of amazing deals on items that definitely refreshed my closets this year, I missed the excitement that once surrounded this tradition.

Thanks A LOT Google.